What was the impact of the pandemic on children’s education? Will they ever catch up? 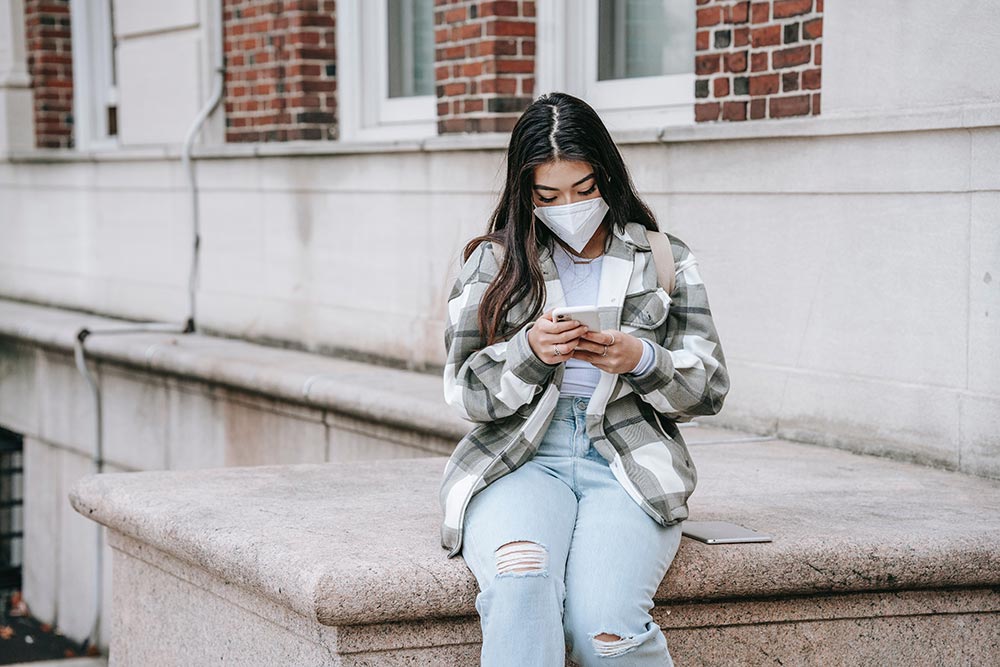 When the first lockdown began, I was in my second year of university. I ended up moving home like many other students. Days usually went like this: I’d potter about reading for my essays, my parents were working. My brothers would disappear to their rooms from 9-4, breaking for lunch or sometimes to work out or play FIFA. They are two very particular characters. One, 18 years old and just starting his Criminology degree at Sussex, has inattentive ADHD and struggles with academic work, particularly essay writing. At the time he was preparing for his A-Levels. The other, 15 years old, has just received mostly 9s in his mocks for GCSE. Both were at the same school, and both have been learning remotely for large sections of the last year and-a-half.

When thinking about this piece, I decided to focalise my thoughts about lockdown learning, and its impacts, through their experiences. I sent them a list of questions, mainly asking them to describe what their days were like and what parts of online learning they struggled with or benefited from. Their responses, as you might expect, varied. The 18 year-old brother sent me a vague list of answers emphasising the hours spent in front of a screen but also the improvement in his organisation from working in google drive. What was clear then and now, is that remote learning, particularly for someone who struggles to stay focused, is really hard. I often heard my mother rapping on his bedroom door because she’d received emails saying he’d missed another registration, or not shown up to class. Needless to say that the information he was getting out of these classes was significantly less than if he’d been face to face, and it was showing in his grades. Whether classroom settings are even a space in which information should be relayed is another question, one of the ideas posed by Laura Spinney in ‘The big idea: Should we leave the classroom behind?’ is just this. Is the cat out of the bag? Should classrooms be a space in which students are receiving information at all? But regardless whether they should be ‘flipped’ to become a space in which students actively learn, failing productively, the online format wasn’t working for my brother. His mental health was suffering. In the end, when school returned to in person learning, he managed to get the grades needed to go to university. Of course, he didn’t have to sit national exams, which poses another question. Is he ready for undergraduate work?

Meanwhile brother number two was flying. The independence suited him. He could finish the class work faster than the time allotted for it, so had plenty of spare hours. Spiney discusses her twenty-one year-old goddaughter, who was one of many watching her university lectures at double speed. This brother was liberated from the single pace of the classroom, and it was working for him. Lockdown learning gave him space to make inroads into Young Labour, and he thrived across virtual meetings. He also continued his burgeoning school LGBTQ+ society online. Coming out of remote learning, it would be hard to say that it had impacted him negatively. He specifically noted in our conversations that the independence of it was a positive factor. So when questions are posed about a perceived acceleration in changes in teaching that were catalysed by the pandemic – it would be hard not to think that the new style would be beneficial to some. 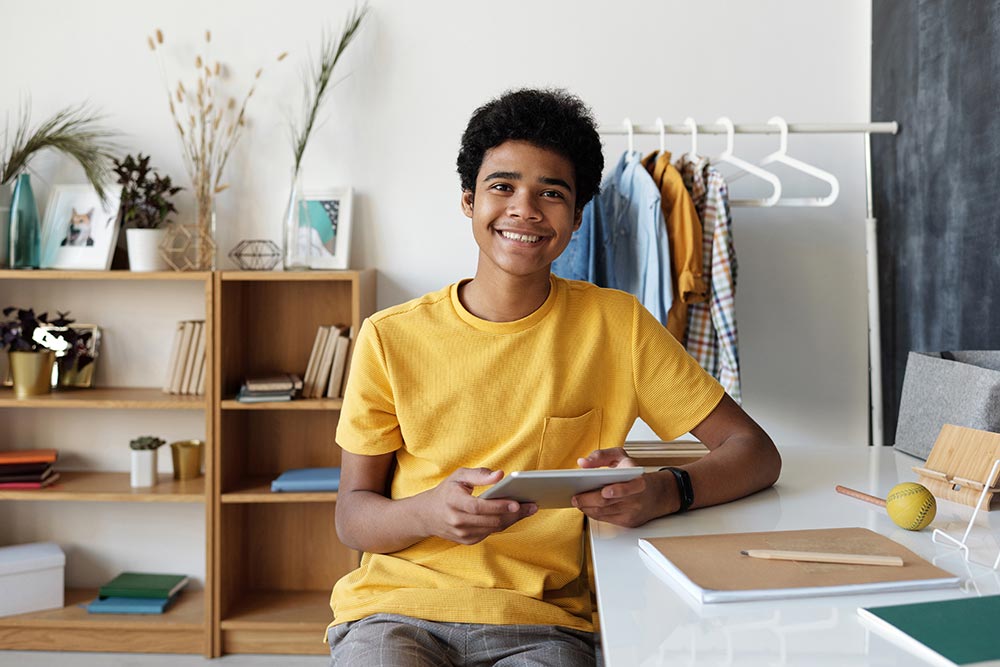 In a co-authored paper, Dr Jim Watterson of the Melbourne Graduate School of Education and Professor Yong Zhao of the School of Education at the University of Kansas pose three central changes that should occur in education post-lockdown. Particularities of this new learning style major on content which emphasises creativity, critical thinking and entrepreneurship, rather than collecting and storing information. Their second suggestion is that students should have more autonomy in their learning. Further to ideas that problem-solving and ultimately failing to arrive at the correct outcome can actually be more productive than simply being told the answer, independence in the classroom would mean students learn in a hands-on way, through interactive technologies. Finally, they suggest a blended approach which allows students to learn at their own pace. Much of the distress around lockdown learning, they argue, was related to sticking to rigid temporal arrangements that pre-dated going online. This flipped approach, as it did with my younger brother, might theoretically allow children more time to learn, if they are positioned as active learners and watch lectures and other learning materials in their own time.

Time, of course, is a central factor in the post-pandemic education recovery process. With studies by the National Foundation for Education Research in January 2021 already finding that; “year 2 pupils had significantly lower achievement in both reading and maths in autumn 2020 when compared to performance seen in year 2 in the autumn term of 2017, representing a Covid gap of around two months; suggestions that the school day might be extended is one of the ways in which the government are seeking to mitigate this. Indeed Public First for the Centre for Policy Studies showing the areas which are considered to have suffered the most are maths (62%), science (41%) social skills (41%) and writing (38%). In June, Lee Elliot Major, professor of social mobility at Exeter University, told BBC Radio 4’s Today programme that children in England had lost 110 of 190 classroom days, and about 2 million children did no learning at all during the first lockdown. Not to mention the fact that underprivileged children have been disproportionately affected. Reports in October by the Education Policy Institute (EPI), identified worrying regional differences in learning loss – with pupils in the North and the Midlands worst affected. It was also found that students in England whose learning has been severely disrupted by the pandemic could lose up to £46,000 in lifetime earnings, pointing to a dire need to seek creative solutions to learning loss. Further catch-up suggestions are summer schools, the introduction of further 1:1 tuition, with the government pledging money to expand the national tutoring programme. But the uptake has been low, especially the North, which has suffered a learning loss of 5.3 months compared to the 0.5 in the South West. The anxiety about what children lost in terms of learning during the pandemic, must be weighed up against what we have learned about teaching post virtual learning. 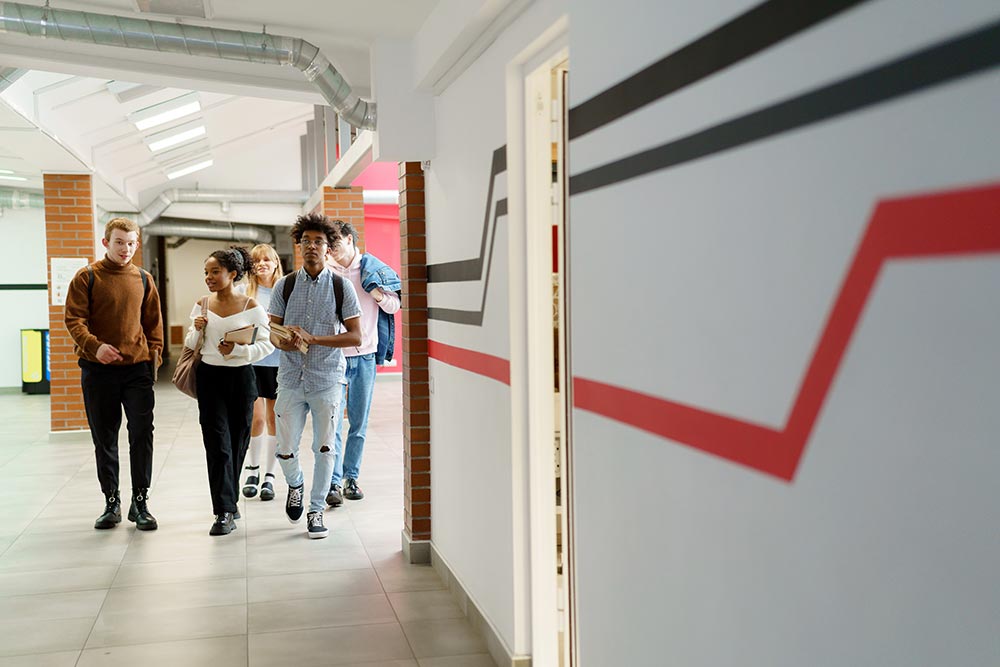 Considering how differently remote learning treated my two brothers, I should think the answer lies somewhere in a personal approach. If educators are to heed the advice of Dr Watterson and Professor Zhao, they must also find an independent structure that suits students who need classrooms to learn in – this extends to both children from disadvantaged backgrounds and those with learning difficulties. Theoretically, the idea that you could pace your own learning more individually might suit both brothers. For the 18 year-old, had he been free to work at his own pace, he might have found remote learning to be less stressful. And for the 15 year-old, it would allow him to work as quickly as he needed to, making time for other activities, but also allowing him to progress faster than is currently possible. Positioning students in learning environments where they are problem solving with teachers may also be helpful for both in that it is certainly more engaging than being spoken at. So, if what we take from the pandemic is that teaching must evolve to produce more bespoke learning experiences, then perhaps learning will become both more efficient – important in terms of catching up, and relevant.

The questions remain about the availability of funding there to support changes like this. In June, a £1.4bn package was announced to help pupils in England catch up – although this was deemed inadequate. Geoff Barton, the general secretary of the Association of School and College Leaders (ASCL) called it ‘pitiful’. We still haven’t gauged the extent of the impact of the pandemic on children’s learning, and the government’s catch-up spending equated to around 2% of the Netherland’s per child. It seems like the measures being offered are currently raising more questions than answers. We are still emerging from and understanding the effects of the pandemic on education. It remains to be seen how students who haven’t completed formal A-Levels fare at University, or indeed those who haven’t taken formal GCSEs will manage A-Levels. It is clear that desires to ‘get back to normal’ don’t acknowledge the progress that has been made in teaching. What we do seem to have found is lessons that can make education both more accessible and more effective in doing away some of the received wisdom about teaching methods. The question is, in the face of limited spending, can we use these lessons to address the learning loss experienced by so many and help students catch up? 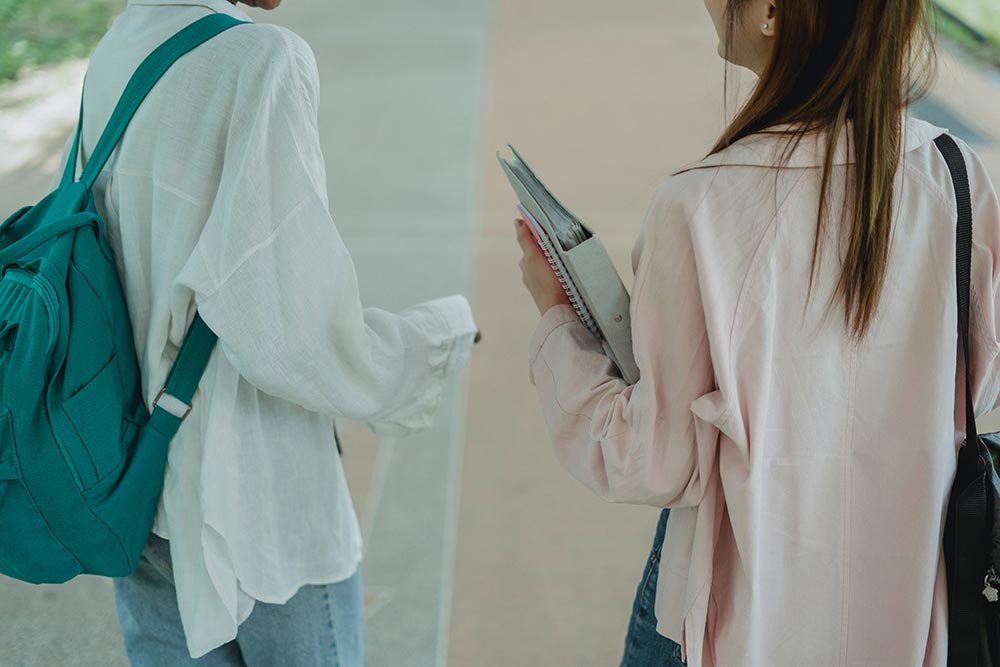