As someone on the cusp of the millennial gen-Z border, (born in the late 1990s), my childhood fell just before the age of smart-phone ubiquity, right before the iPad era. People my age will be the last to reach adulthood without a childhood spent primarily online. Throughout my school years, we took notes on paper in class and my public exams, GCSES in 2015 and A-Levels in 2017 were in person and written. I was taught to write-joined up in school, and in talking to my friends about this piece, many of them have fondly remembered the magnitude of getting their ‘pen license’ at school. The pen license meant their cursive was good enough to progress from writing in pencil to pen. There was a clear link between the process of writing by hand in class and timed-essays and the outcome, exam scripts. The discussion around the pandemic and its impact on learning is now well-rehearsed. But of course one of the major changes it accelerated in classrooms and exams was the almost complete implementation of online learning. My final university exams were typed in 2021. So, did the skills I learned in school: writing joined up by hand, actually benefit me going forward? And will they continue to do so as I move into a world of work that is increasingly about digital literacy? The pandemic has catalysed many questions we have had about received wisdom in how we deliver teaching – one question that was gathering weight before the pandemic and is now under increasing scrutiny is: should cursive handwriting still be a requirement at school? 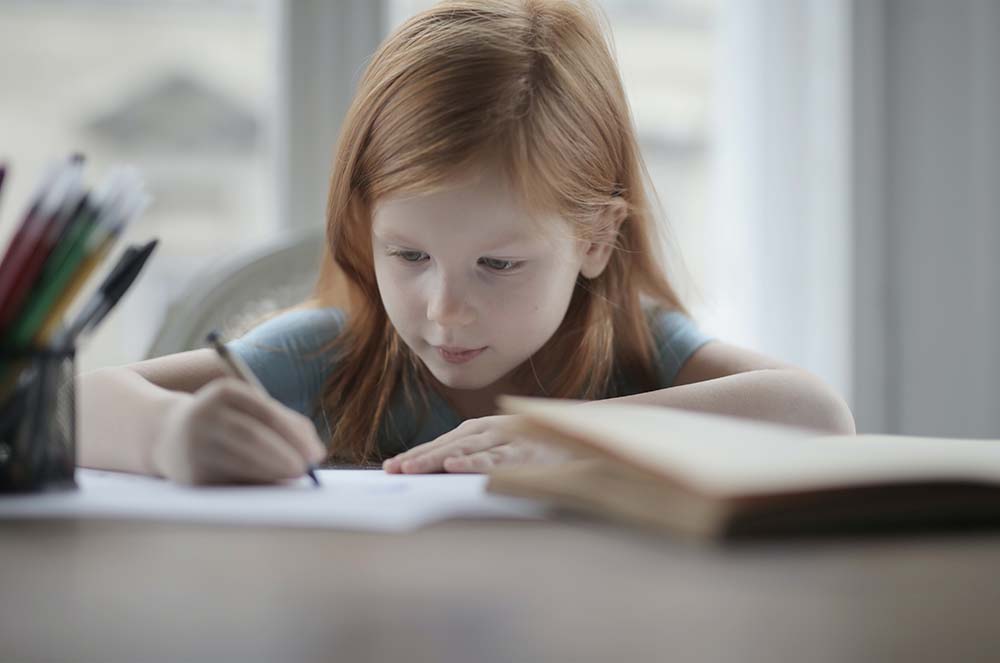 The teaching of cursive remains a vexed issue. From 2016, Finnish schoolchildren have been taught to touch-type rather than traditional handwriting. In 2017, the state of Illinois took a totally opposite stance and passed a law requiring school students to learn cursive handwriting, overriding the governor’s veto. Though cursive writing may seem an anachronistic requirement – in 2018 many schools who no longer required it to be taught were supported in their decision to phase it out – its necessity is explained by it’s knock-on effects. Learning to write joined-up is a key way of developing fine motor skills, activating a different part of the brain than writing non-joined-up. This development is particularly important at the age at which it is taught, around seven years old. Angela Webb, a psychologist and chair of the National Handwriting Association, explains that engagement with the physical environment stimulates cognitive development. This physical process of enactment is demonstrated through cursive’s ability to show children how letters are formed, which improves print-writing too. In a 2019 paper titled, ‘Teaching of cursive writing in the first year of primary school: effect on reading and writing skills’, a number of Italian academics – Cristina Semeraro, Gabrielle Coppola, Rosalinda Cassibba and Daniela Lucangeli – studied 141 students in the first year of primary school. What they found was that those who used only cursive as their handwriting type were better at producing correct words. They also found that children who only learned cursive made quicker progress with reading. This led them to hypothesise a link between the letters of cursive text and memory. It seems that cursive writing is crucial to a somatic process of internalising language that print-writing cannot replicate.

In spite of all of this – schools are coming under increasing pressure to ditch standards which require children to produce joined up writing. In 2017, parents launched a government petition to ‘Ban the testing of joined up handwriting in primary school SAT’s’. The Morell’s handwriting page details that there is no long-term benefit of rushing children into learning joined up writing, rather the focus of testing should be legibility. The question of legibility is particularly linked to the implementation of typing in exams. Cambridge University launched a consultation in 2017 over whether it should pursue handwritten or typed exams, as scripts were becoming increasingly illegible. The main gripe with cursive writing, and by extension any form of handwriting people are identifying, is that it feels increasingly obsolete. Gone are the days of writing job application cover letters by hand, a time which one may have been judged by the quality of penmanship. And many have viewed this as a positive step. At a round table discussion supported by the Write Your Future campaign from Berol and Paper Mate, delegates recognised that the goal of teaching writing might be ‘automaticity’. That is the quality of being able to get letters down automatically, without having to think about it, freeing up the brain to think creatively about what might be expressed. Guy Merchant, professor of literacy in education at Sheffield Hallam University, argued that this was possible either writing by hand or typing. Particularly for children with dyslexia, creating an environment where the cost of a mistake is not a permanent one, automaticity was much easier found through typing. If writing is to facilitate clarity and connection, technology too can help students that speak little English communicate with their classmates more effectively. Indeed, the ‘father of the flipped classroom’, the Harvard academic Eric Mazur, says he now encourages students to bring their laptops and smartphones into exams. At the Times Higher Education World Academic Summit in 2018, he stated that allowing devices in the exam room, allowing students to “look up whatever you want, whenever you want” and test their creative and analytical skills, rather than their ability to recall information. 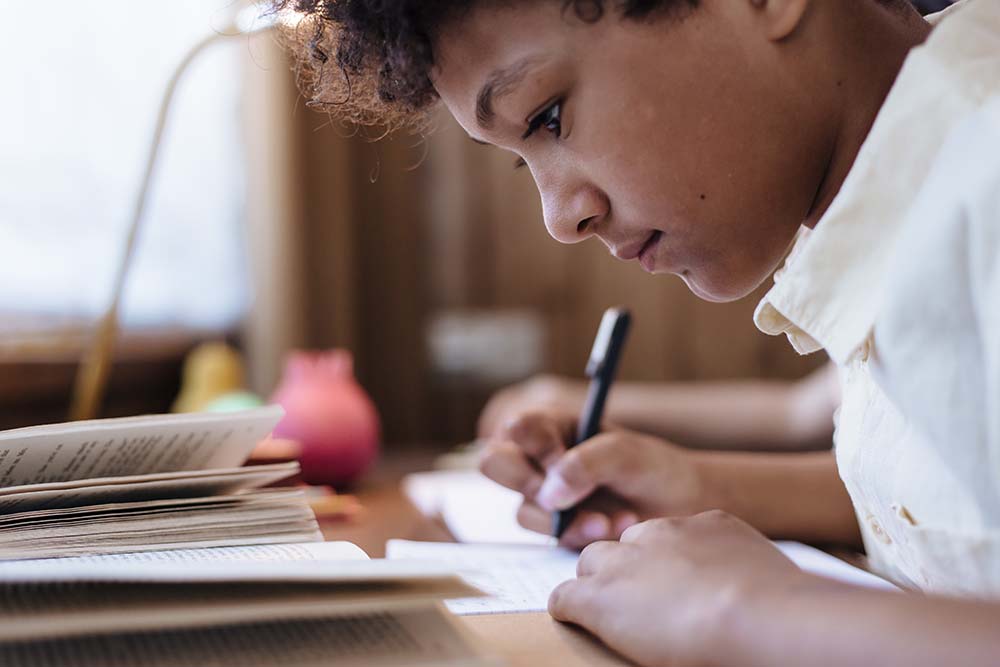 Many of the lessons learned by educators and students during the pandemic were focused around this very idea of a flipped classroom, in which each child becomes an autonomous curator of their learning process. This method though, is reliant on technology – which isn’t always universally accessible. Given that we are currently at an educational crossroads in terms of how we teach our kids, might cursive handwriting be an obsolete goal? It is clear that technology can really help children who struggle with fine-motor skills. When I reached out to her for comment, Liane Katz, Co-founder & CEO of MAMA.codes, a children’s creative coding school and parent of a child with dysgraphia, recognised a disjunction between the freedom technology can offer us, and the ability of schools to implement it clearly. She wrote: “As a parent of a child who has faced years of difficulty with joined up handwriting since reception, I find the status quo frustrating and fragmented. On the one hand, there is much more awareness and support of SEND needs, but on the other, many teachers still insist on rigid requirements for handwriting in the classroom, in homework and exams.” While technology and its accelerating integration in everyday learning seems to offer an alternative route for children struggling with writing, the issue seems to lie in the clarity with which these methods are applied. Katz continues: “This can have a very damaging effect on self-esteem and confidence for children who struggle with writing in primary years.”

Indeed, self-esteem was identified as an area from which children derived a disproportionate amount based on their handwriting skill by Dr Batul Daulby, principal educational psychologist and founder of CF Psychology; leaders in diagnostic assessments for children and adults. She told me that if you asked a child what made a good piece of writing, they would invariably locate its success in neat presentation. Dr Daulby works primarily with children who struggle with dysgraphia – and their difficulties with writing have a big impact on their self-esteem. She still asserted its importance both practically, because it “enhances spelling knowledge… the joins teach letters that commonly go together.” Furthermore, “printed writing can only get you so far because it’s tiring”. Returning to the idea of automaticity, it seems that cursive for the majority, is a way of achieving this. Aside from this, the practical difficulties of introducing assistive technologies like speech-to-text require children to learn a different skill. It is only if a child is so disabled in handwriting that the effort entirely outweighs the gain that Dr Daulby would suggest switching to methods like this. But she was clear to note that a full transition to speech-to-text might equally disadvantage children who struggled with auditory processing, “there are always going to be winners and losers” in each mode, she said.

More than this, there is a fundamental social significance to handwriting. Handwriting and self-perception, Dr Daulby pointed out, go hand in hand. And there is a cognitive link between deeper processing and writing by hand. A study conducted at UCLA in 2014, ‘The Pen Is Mightier Than the Keyboard’ looked into laptop use in university, stating that it could cause impaired learning “because their use results in shallower processing”. The test asked students to take notes from a lecture, using either a laptop or a pen and paper, afterwards testing their recall of both facts and more conceptual questions. What was clear was that students taking handwritten notes on pen and paper tended to process the information on a deeper level. As an English literature undergraduate and Poetry graduate student, I have always begun my essays with handwritten notes. Something about the proximity to a physical outcome, certainly for me, makes actually thinking things through a lot easier. It seems as though the answer to whether or not cursive writing should still be taught in schools is not so much a question about the past but the future: are we yet in a position where the technology is understood enough to be able to help children learn the skills that they do through joined-up writing? The answer appears to be along the lines of, not as yet. Yes, typing and speech-to-text can be valuable tools to children who struggle with dysgraphia, and should be implemented as such. But broadly, the fine-motor and coordination, quite apart from the cultural significance of writing, cannot be ignored in favour of arbitrary modernising. Teaching writing, after all, is teaching craft. And it seems to me that in an academic climate where humanities and arts are increasingly underfunded, learning to write by hand, penmanship, are exactly the kind of skills we should be holding onto. What we learn from cursive, understanding how letters work in sequence, developing motor skills that give us greater skill, cannot and should not simply be dismissed by saying: computers can do it better. 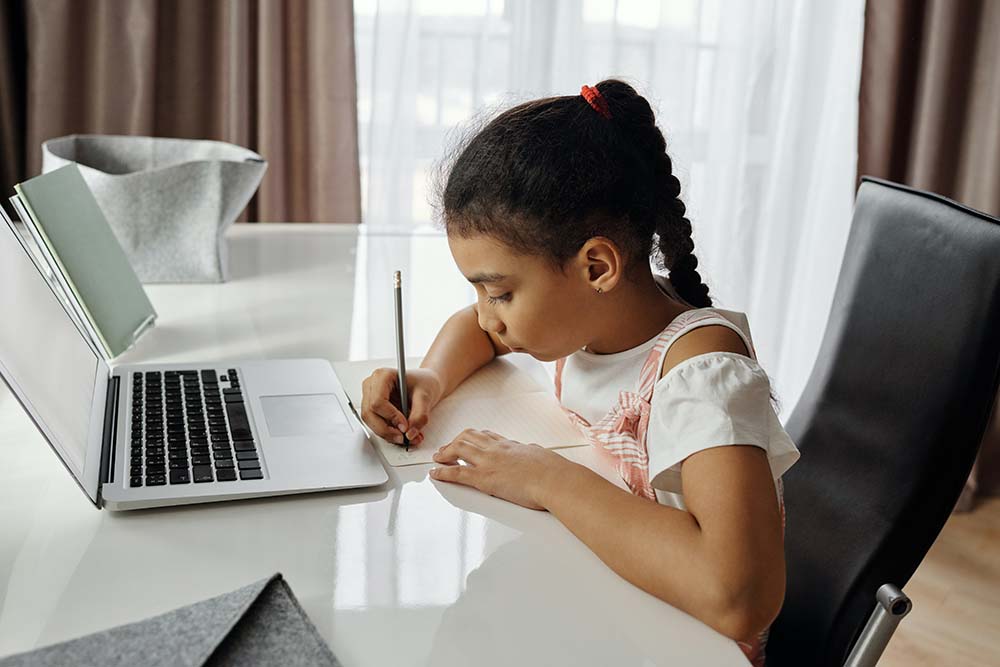