For as long as I could remember as a child, my Mum worked from home.

I didn’t know then that she was growing a well-known parenting website. Now I know that having previously worked in the financial sector and as sports journalist, she wanted to create a business that made sense for family life. The reason why she was at home is because she designed it that way. Her business was both addressing a gap in the market in the early 2000s – offering parents a forum in which to swap advice – as well as finding a position that worked with young children at home. 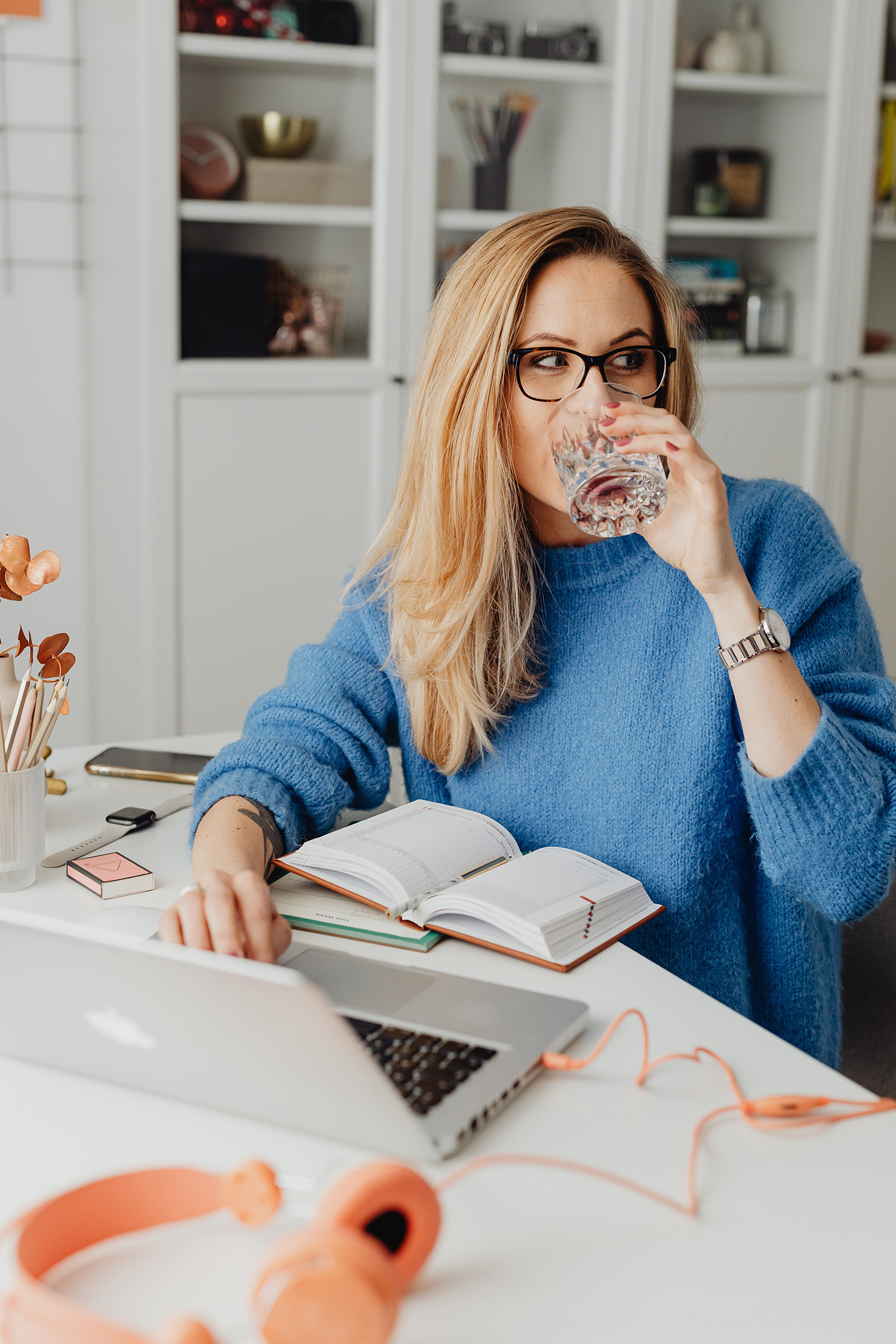 “There was a problem that needed solving. None of us are trained to be parents when it’s the most important thing we do in our lives,” she said. Faced with a business world that is fundamentally un-family friendly, she had to create her own working conditions, she continued “I wanted to have a job which allowed me to put my family first. Mumsnet is a[n]… environment that encourages parenting, no one has to miss the school assembly.”

A 2019 Telegraph article found that only one in five businesses in the UK were run by women – even though they outnumber men by about 900,000.

NatWest chief executive of commercial and private banking, Alison Rose, reported that the advancement of female entrepreneurs could be worth £250bn to the UK economy. So, given their potential for economic contribution, why are they so underrepresented in business? How might female-run businesses find the same investment potential as their counterparts? Finally, where can the industry offer opportunities that actually make sense for women?

Given, the World Economic Forum’s findings that women’s economic empowerment is worsening – its 2020 Gender Gap Report hypothesises that closing the gender gap in economic participation and opportunity is now 257 years away, a 55-year increase from 2019 – it seems the world of venture capital has work to do in supporting female-run businesses. Due to their numbers as well as surely varied perspectives, women are a financially untapped resource. Indeed, access to financing has been a key area at which they are disadvantaged. In 2017, women-only start-up teams secured just 2% of venture capital funds, while men-only teams received about 80%. One study found that when a venture capitalist pitch was the same, investors preferred men. When seeking loans, it was more of the same, with female entrepreneurs often struggling to secure the money they need.

Rebecca Burn-Callander identified five issues facing women in business. The first being, a well-documented shortage of funding. In 2019, a mere 9% of the total invested in start-ups went to female-run businesses, according to the Entrepreneurs Network. Reasons offered for the lack of investment run from outright sexism to limited persistence in the face of a ‘no’. But the problem is more subtle than that. 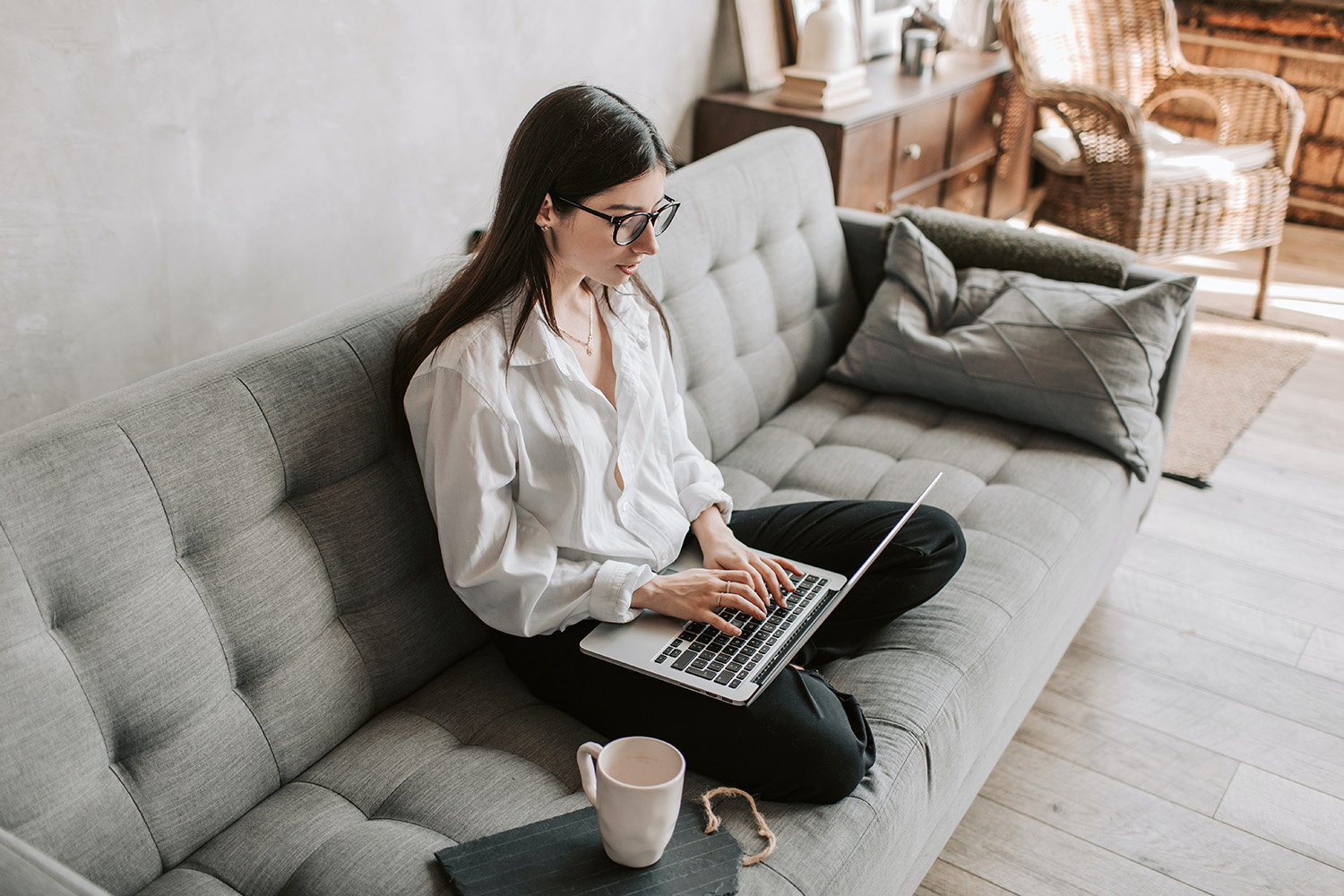 Allison Long Pettine wrote in CEO magazine, “I’ve found that women frequently approach fundraising the same way men would, but as the data clearly shows, they do not get the same results. It’s no secret that the world of venture capital has to date been mostly an exclusive and clubby ecosystem set up by and for men… but female entrepreneurs still need to bring a slightly different mindset to fundraising because of this.”

Long Pettine’s statement, on one hand indicts the world of ‘venture capital’ for being ‘clubby and exclusive’, as well as requiring female entrepreneurs to have a ‘different’ mindset. As it stands, women seeking funding in business are required to adapt their plans in order that they be palatable to a largely male audience of investors. Without the representation across the board, how can women hope to inspire further innovation, if the industry is simply not capable of seeing the relevance of their ideas? The second area identified, was an extension of the first: A ‘psychological bias against women’.

According to a Telegraph poll, two-thirds of 750 female founders felt they were not taken seriously when pitching to investors, believing they were treated differently to their male counterparts.

In spite of this, there is no evidence that female-led companies perform any worse than others. Several studies have reported that they may actually be more profitable. Research from both the Boston Consulting Group and Mass Challenge, reported that businesses founded by women deliver twice the revenue for each dollar invested, when stacked up against those run by men. Both the lack of funding and the ubiquity of psychological bias has led to a much more potent fear of failure among female entrepreneurs. Fair enough, you would think, given the difficulties stacked against them. But once again this points to a system that has been neither set up for nor adapted to women’s requirements. If the realm of start-ups and venture capital was created by men, it is one that plays by their rules – seeking to address a market in which their needs are given financial priority. One way in which this could be addressed, is the implication of more deliberate mentorship systems between women in business.

Monique Tollgard, director of design company Staffan Tollgard, argues that “there may be a tendency of underselling that goes on. Do some women feel that they aren’t ready yet to mentor, and therefore don’t acknowledge the important role they play in the careers of others?” Facilitating connections has always been crucial to enabling business; particularly when addressing areas of requirement which are geared towards women-specific needs, like the ‘Mum economy’. The final reason identified by Burn-Callander is of course, the difficulty of juggling family life and business — inevitably one falls by the wayside. Women are usually the primary caregivers, and in most cases, this makes it very difficult to spare the hours currently needed in order to make businesses successful. So, how can the business world answer this lack of representation and funding? Do they need to create jobs for themselves – like my Mum? What is the ‘different mindset’ that Alison Long Pettine refers to? 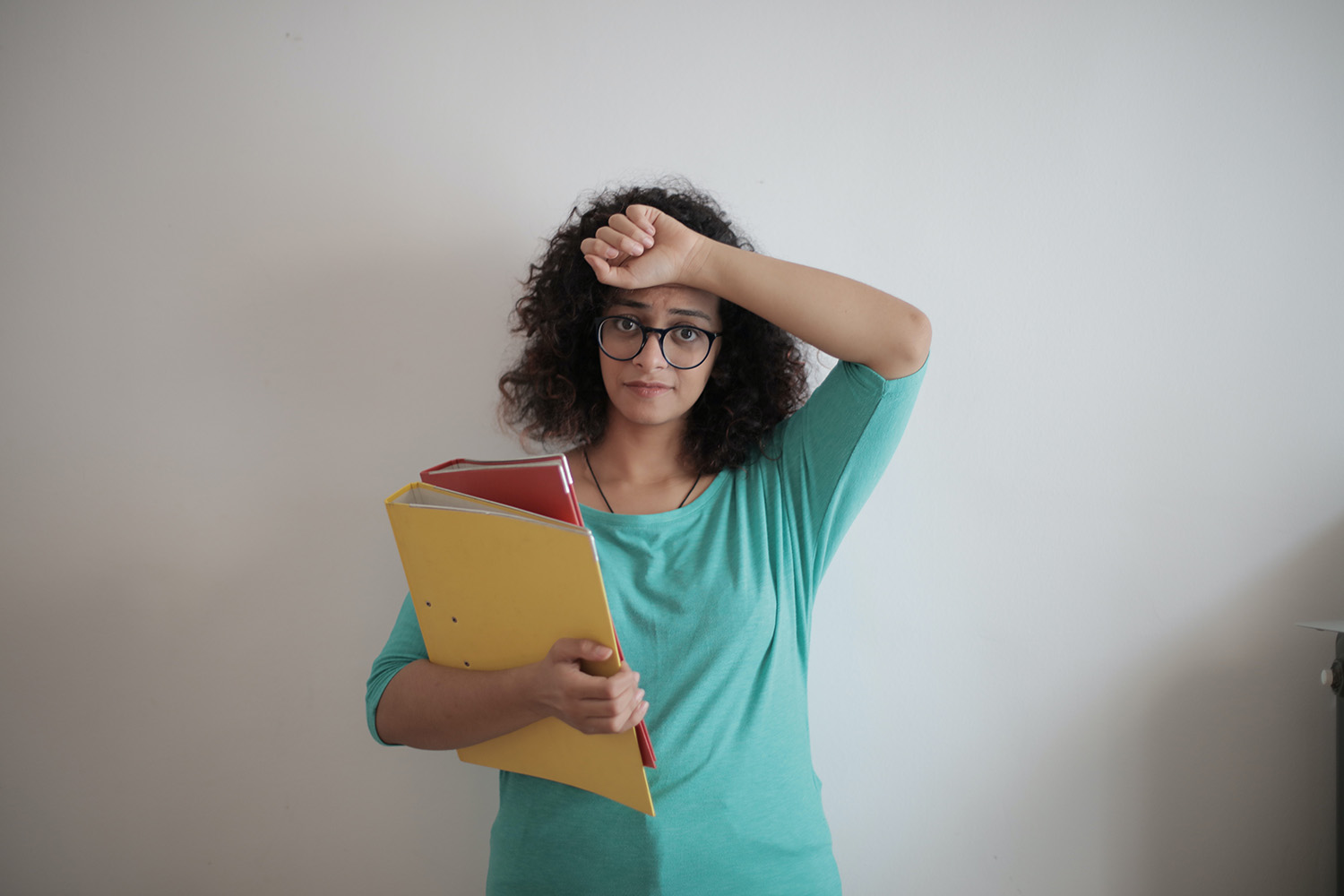 It’s important to note that where we currently find ourselves is, without a doubt, a more positive environment for female-led start-ups.

Social media also makes self-promotion, if more fraught, a lot easier. Even if it hasn’t moved on very far, as my Mum says, the world is “a little bit” less sexist, than it was twenty years ago. There are more women in venture capital and therefore more representatives of that 52% chunk of the population — more people to be receptive to business ideas that cater to those needs. That said, the obstacles that remain in terms of fundraising, make the decision to create a start-up, or to get involved in business, a risky one.

Some aspects of our work-life that have been exacerbated by the pandemic have been an increased emphasis on flexibility in the workforce. We are at a moment at which it is absolutely preferred that people work on their own terms. Even after regulations have been lifted, the majority of people I know have not returned to office-work full-time. In this sense, as it was for my mother twenty years ago, start-ups offer an ideal route to a tailor-made work environment that allow you to build a career around family commitments, for instance.

One way in which we might encourage women to build start-ups is if a framework was in place to make it less of a risk. The chance to build further Eye Level franchises is a straightforward opportunity.

UK director, Craig Wigley states: “Eye Level is the premium leader in the private education market across Asia. Starting in Seoul, Korea in 1976, Eye Level is now present across 22 countries with 1400 International Learning Centres in operation.”

Eye Level delivers through five key products: ‘Maths’, which covers from Reception to post GSCE through 32 levels of both basic and critical thinking maths. ‘English’, offering reading, comprehension and grammar. ‘Maths Summit’, which covers the entire school curriculum from year 1 to year 12 with a unique emphasis on the development of technology skills and the utilisation of AI. ‘11+’, focusing on areas directly relevant to the type of questions which appear on these tests. As well as ‘On Air’ a platform only Eye Level offers to work with students on a curriculum in digital form.

With guaranteed long-term access to a market that enable you to comfortably have a minimum of 200 subjects attached, and Eye Level providing all the materials and resources, it seems to offer a largely fail-safe and appealing business proposition. 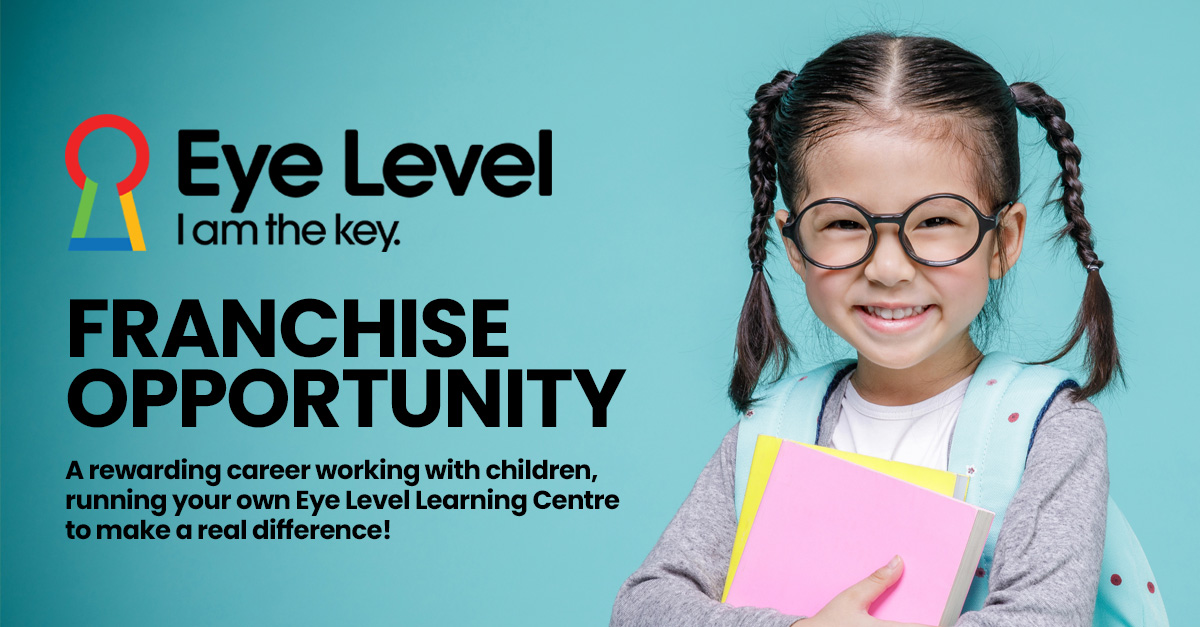 This is not simply to say that starting an Eye Level franchise is the answer to the lack of female-led start-ups. But, in a time where parents have been brought unprecedently close to their children’s education, it offers a financially rewarding extension to tailoring teaching to each student. Education, post-pandemic, is beginning to come loose from its linear classroom-based methods, so it is certainly a time at which it is possible to really have influence in the way our next generation learn.

It also, rather than being a stand-alone creation, places you among a community of people doing exactly the same thing – in doing so, beginning to address the lack of support for female entrepreneurs. Furthermore, because it is a globally proven model, with huge success in the US and Asia, banks are much more likely to spend against proven to succeed. Eye Level wants to encourage participation. Addressing this could be a small way in which women are part of an increasingly varied group of people, which can only lead to further innovation and increasingly mobilising a huge part of this country’s earning potential.

So, could opportunities like this be a half-way house for getting women into entrepreneurial positions? To be directly involved in shaping learning processes for the future is certainly an area in which varied perspectives are really important. If we are to take steps to make the business world more inclusive, perhaps it might start with changing the way we learn?